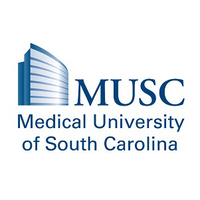 When associate professor Julie Hirschhorn, Ph.D., saw the latest results of the Medical University of South Carolina’s sequencing run for COVID variants, she was struck by the absolute dominance of the Delta variant.

“Literally 100%,” the director of MUSC’s Molecular Pathology Lab said. “It kind of boggles my mind. We’re waiting to see what's going to come next. The possibility is that we have hit a branching point where from now on, anything that we see is going to be an offspring of Delta.”

Delta is already a prolific parent variant, spawning a growing number of “sublineages,” or variants with slightly different mutations. Hirschhorn’s colleague, Bailey Glen, Ph.D., is tracking their progress.“They went from there being no Delta sublineages to three to 12. Now we're up to 33, I think,” he said.

“I have never seen that many new lineages pop up quickly,” Hirschhorn said.

What does all of that mean for the public? First of all, the threat to unvaccinated people is clear.“We want them to know that Delta's still very much out there and still very transmissible,” Hirschhorn said.

Second, Glen said, Delta’s mutations serve as a reminder of how important it is to slow the virus’ spread. “The more it spreads the more chance there is for it to mutate, and clearly it can change pretty dramatically and how effectively. We've definitely seen that already. What’s the ceiling on this? How bad can it get? I don't know, but there's no reason to think it can't get worse.”

As for why Delta has been able to vanquish the variant competition so completely, Hirschhorn pointed to its characteristics. “It has mutations in the spike protein that help it get into cells easier. And then some of the other mutations assist in making more copies of the virus itself. So it gets in better and it makes more copies of itself,” she said.

Part of the problem may be that Delta causes people to carry higher viral loads, Hirschhorn said. “And so if somebody coughs or you're sitting in a room together and no one's masked, it's going take a shorter period of time to transmit to you.”

The good news is that for now, indications are that the current COVID surge in South Carolina may be easing. In the Charleston Tri-county area, case numbers are still high, but down from the surge’s peak of a couple of weeks ago.

But that doesn’t mean the virus is going away. “One of the things that I do get concerned about when coming off of a curve like this is where we end up, as far as a steady state,” Hirschhorn said, referring to the level where case numbers settle.

“So before Delta hit, we had gotten down to only 1% — it was so low. It's the lowest I'd seen it. My biggest concern is that steady state level of COVID might get stuck at like 5% or 7% or even 10% positivity. And that really doesn't bode well for the next mutated version, because the next wave could result in even higher positivity rates. And if the next variant strain transmits faster, we would start out in a rough spot.”

Her lab is working with the South Carolina Department of Health and Environmental Control to get that message out. “It has been a really positive experience so far. I've had multiple people from DHEC reach out and say, ‘Thank you for sharing your data. This is great. We're so excited.’ I hope that our contribution will help the DHEC website give a clear picture of what's going on,” Hirschhorn said.

She also hopes people use the information to make good decisions. “I guess that's part of this thought process — how do we keep each other safe while still trying to have a life? My best advice is to be kind and think about others. There are ways to get together safely, such as being outside. There are ways to see each other and keep in touch and try to keep that human connection.”