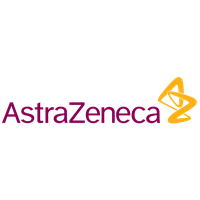 Britain’s health chief says a new study showing that a single dose of the COVID-19 vaccine developed by Oxford University and AstraZeneca provides a high level of protection for 12 weeks supports the government’s strategy of delaying the second shot so more doses can be delivered to more people.

Health Secretary Matt Hancock’s comments came after Oxford released a study showing the vaccine cut transmission of the virus by two-thirds and prevented severe disease. The study has not been peer-reviewed yet, but it was greeted with excitement by U.K. officials under pressure to justify their decision to delay the second dose.

“That reduction in transmission, as well as the fact there is no hospitalizations, the combination of that is very good news. And it categorically supports the strategy we’ve been taking on having a 12-week gap between the doses,” Hancock told Sky News on Wednesday.

One of the lead researchers on the project, Dr. Andrew Pollard of Oxford University, said Oxford scientists believe the vaccine will continue to offer protection against new variants of COVID-19, although they are still waiting for data on this.

Even if the virus adapts, “that doesn’t mean that we won’t still have protection against severe disease.’’

“If we do need to update the vaccines, then it is actually a relatively straightforward process it only takes a matter of months, rather than the huge efforts that everyone went through last year to get the very large-scale trials run,” he told the BBC.