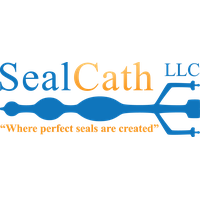 During a procedure with a young patient, Cephus Simmons noticed something wasn’t working as well as it could. Part of the child’s small intestine had slid into the large intestine, causing an obstruction that can be life threatening for small children.

But the catheter used to keep the bladder flowing wasn’t staying firmly in place.

“It became frustrating to me, and it was something that medically I knew wasn’t correct, and something that needed to be fixed,” said Simmons, a Ph.D. and radiology assistant at the Medical University of South Carolina.

The catheter the MUSC team was using, called a Foley catheter, features a balloon to hold it in place internally. After the procedure, Simmons drew up his idea for a different kind of catheter that would have two balloons, one to be placed on the inside and one on the outside of the body. He founded SealCath in 2013.

While Simmons says it solves the problems that were at hand during that procedure, the catheter he developed can be used for colonoscopies and more. It’s also made to work for both pediatric and adult patients.

But it took several years after founding of the company for the catheter to become available on the market. Simmons worked on the effort from his home in Mount Pleasant in between his clinical time at MUSC, getting little sleep.

The company quickly began to take off in 2018. Simmons was awarded a research grant that year from the National Institutes of Health.

The S.C. Research Authority, a tech accelerator program that receives state funding, also enrolled SealCath in its SC Launch program for startups in 2018. The program gives companies mentorship and capital in order to grow.

SealCath went to market in the summer of 2019. Then, Simmons secured a patent in Canada in 2020.

When COVID-19 shut hospitals’ doors to many patients, visitors and vendors, SealCath also had to shut down temporarily. Business picked back up by the end of 2020, and now Simmons plans to bring to market a silicon version of his catheter this fall — it’s available in latex for now, and some buyers are concerned about allergies to the material.

Innovations in the life sciences are some of the most promising in Charleston’s burgeoning technology industry.

Health care technology, along with biotech and pharmaceuticals, make up two of the state’s top three startup industries, according to an annual analysis by BIP Capital. Still, in terms of the amount of outside funding coming in, South Carolina’s startups can’t match the size of Georgia’s, North Carolina’s, Florida’s or Tennessee’s in the Southeast.

SealCath is one of a number of successful spin-offs to come from researchers and clinicians at MUSC.

Simmons didn’t imagine becoming the CEO of a startup company when he decided to go into medicine.

“Innovation does the same thing as what I’ve been doing my whole career, which is helping patients,” he said. “If you find the right product that’s going to improve health care, then innovation is actually just as good or better than what I’ve been doing the whole time as far as taking care of my patients.”

Simmons plans to retire from MUSC, which he now counts among his customers, this year and take his catheter on the road to market it to other hospitals. His long-term goal is to export the device to Canada.

Simmons graduated from Walterboro High School. He is married with four children.