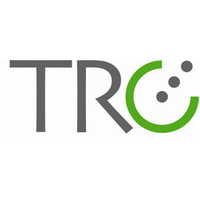 A South Carolina pharmaceutical company will play a huge role in getting a COVID-19 vaccine to the American people.

Columbia-based Ritedose Corporation announced Thursday it’s been named a partner in Operation Warp Speed and will be responsible for filling and packaging millions of vaccines.

ApiJect, a medical technology company that received $138 million from the federal government to produce the first 100 million COVID-19 vaccines, patented the vial in which the vaccine will be distributed. They needed Ritedose to produce and manufacture those vials with their blow-fill-seal technology.

Ritedose CEO Jody Chastain says more COVID-19 vaccines will be packaged and filled in Columbia than any other place in the country.

He and his employees did the near impossible, getting two 150,000 square-foot warehouses ready to package and fill the vaccines in only a few months.

“Typically, that would take anywhere from 18-24 months, but within five months, we were able to outfit the facility to be able to handle the vaccine,” said Chastain.

Ritedose has upped its staff by more than 10% to help handle the demand.

“The potential for the workforce here in Columbia is huge, as well as putting Columbia on the map in the response to COVID,” Chastain noted.

The company’s nearly 400 employees also learned Thursday the role they will play in distributing the vaccine.

“It’s been hush-hush around the facility,” said Chastain. “People know that we’ve been doing work around the facility to be able to handle a new product, but they were unaware of what the new product is. Making this announcement to the employees today was very exciting because they’ve been able to see a tremendous amount of pride that’s been able to go into the workforce to be able to handle the vaccine.”

As soon as a vaccine candidate receives FDA approval, Ritedose will work with the company to make sure the vaccine is compatible with their plastic packaging.

“We’re much more efficient,” said Chastain. “We can produce a higher volume in a shorter time period.”

Once the vaccine is rolled out, front line workers, like Prisma Health Baptist Parkridge doctor Jennifer Risinger, will be the first in line.

“I’m very encouraged that we’re looking at months instead of years,” said Risinger.

She says she and her colleagues are eager to get the vaccine.

“It does give us a sense of relief and confidence that we’ll be able to deliver the care that people here in the Midlands deserve,” she noted. “I think we should all be very proud that we have a local company who is this involved in bringing this to the national spotlight as soon as possible.”

Ritedose says it’s likely the first vaccines distributed in South Carolina will have been packaged and filled in Columbia.

Operation Warp Speed has a goal to produce and deliver 300 million safe and effective doses of the COVID-19 vaccines, with the first doses expected to be ready by January 2021.