Distinguished BIO CEO Jim Greenwood to step down in 2020 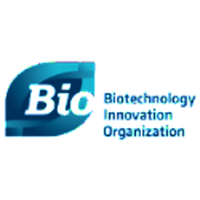 The Biotechnology Innovation Organization (BIO) today announced that industry veteran Jim Greenwood will step down as President and CEO of the world’s largest biotechnology organization after the 2020 election and help transition a new leader to represent the industry globally and to defend innovation from domestic political attacks.

“I’ve been twice blessed – to represent the American people in Congress and then to represent the extraordinary scientists and entrepreneurs of the biotechnology industry,” Jim Greenwood said. “No organization has played a more powerful role than BIO in making sure government leaders embrace thoughtful policy so the science of biotechnology can march forward. I know because I was one of those lawmakers inspired by my BIO education. Through this organization, I came to see the miracles the biotech industry makes possible.”

“Jim’s pragmatic, ethical, patient-first leadership of BIO for more than 14 years has allowed the United States to create a pro-innovation public policy environment that’s the envy of the world, and I say that as someone who has led biopharmaceutical companies in three countries,” said BIO Chairman Jeremy Levin, CEO of Ovid Therapeutics, a biotech company working on cures for rare neurological disorders. “All of us at BIO will continue to depend on his thoughtful stewardship for the next 15 months as we fight short-sighted attempts to drain capital from our sector and curtail the intellectual property rights of innovators.”