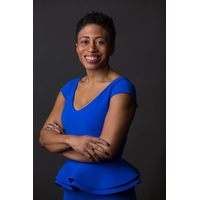 The Executive Committee of the Biotechnology Innovation Organization (BIO) and its Board of Directors have announced the appointment of Dr. Michelle McMurry-Heath to lead BIO at this pivotal moment in our organization’s history, effective June 1, 2020.

"With her background as a scientist and physician, her health policy and experience in federal government, her leadership within industry as a champion of scientific progress, her commitment as an advocate for patients, and her gifts as a communicator, Dr. McMurry-Heath is the right person at the right time to lead us into the future," the official announcement released today stated.

Dr. McMurry-Heath is a coalition-builder and change agent who comes to BIO from Johnson & Johnson (J&J). She served in numerous senior leadership roles at J&J since 2014, most recently serving as Vice President of External Innovation, Global Leader for Regulatory Science and Executive Director of Scientific Partnerships for JLABS @ Washington, D.C. There, she led a large global team charting the evidence generation and regulatory strategy across J&J’s medical device companies. And she worked to knock down regulatory barriers that were hindering the ability of small innovators to partner and grow.

Prior to her work at J&J, Dr. McMurry-Heath served in scientific leadership roles at the FDA from 2010 to 2014. Her driving purpose at the FDA was to devise strategies to incorporate the patient point of view into FDA decision-making and develop new ways for patients to collaborate with innovators.

BIO’s incoming leader is a clinician-scientist with experience working at the bench in molecular immunology. She is the first African-American to graduate from Duke’s Medical Scientist Training Program, receiving an MD/PhD in immunology along the way. While Harvard-educated, she was raised in the San Francisco Bay Area – one of the great epicenters of biotechnology.

Throughout her impressive career, Dr. McMurry-Heath has been focused on the social impact of medicine so that more people in our society can benefit from its transformative potential. She led health and science policy on Capitol Hill for Senator Joe Lieberman, where she drafted legislation to protect the country from biological attacks, and then went on to sharpen her policy skills at the Robert Wood Foundation.

Dr. McMurry-Heath will become just the third leader of BIO since our organization’s founding in 1993. She will succeed a towering figure in our industry, the Honorable Jim Greenwood, who for 16 years has built the most consequential biotechnology advocacy organization in the world.  Mr. Greenwood was a champion of the cause even before he was BIO's leader, reforming the FDA and fighting for broad acceptance of stem-cell science during his 12 years of principled, pragmatic leadership in the United States Congress.

As BIO’s leader, Mr. Greenwood has brought incomparable political and policy acumen to bear on the needs of our industry. During his tenure at BIO and as the United States built an innovation ecosystem that is the envy of the world, he played a pivotal role. After he hands over the reins on June 1st to Dr. McMurry-Heath, he has committed to work with her and will stay on in a strategic advisory role. The industry and BIO are grateful for his outstanding leadership, professionalism and continued contribution.