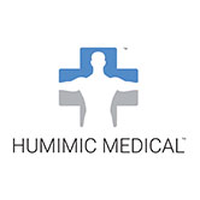 When the coronavirus pandemic left businesses around the nation struggling with dwindling orders and growing bills, some took a chance on something new.

But it wasn’t all smooth sailing and the path was punctuated by a couple of Hail Mary passes, said Humimic founder and CEO Joel Edwards.

“None of our (products) had any ties with PPE or any Covid-related things … and everything was going pretty well,” he said. “We thought we were bulletproof.”

Then the phones stopped ringing, he said. There were no orders for three months.

Edwards spoke at the first of a series of webinars called “Leading Beyond the Crisis” that examines companies that responded to the pandemic. The webinars are hosted by InnoVision Awards, a grass roots non-profit dedicated to innovation and technology across the state.

Originally a defense industry company, Humimic began to focus on the medical side about four years ago, he said.

And in the face of the virus, it started looking at what else it could do, he said.

Since the company had a plastics supplier in Mount Pleasant and had just bought some new equipment, it turned to face shields when the virus exposed the desperate need for PPE, he said.

“We thought raw product (plastic, foam) was easy to come by, but when we started looking around, none were easy to secure,” he said. “And I’m running numbers in my head and thinking what did I get myself into.”

His contact in Mount Pleasant was his “only saving grace.” Then the elastic supply dried up.

“So we said, heck, Velcro is readily available,” he said. “And we started to get as much as we could get our hands on.”

The first shield the company made had straps that weren’t long enough to fit most men’s heads, he said. But once that problem was solved, it did an initial run of 500, he said.

Company officials thought they’d sell their shields for $4 to $4.50, he said. But with the Chinese selling theirs for $2 to $3, he wondered how the company could potentially make a profit and keep everyone employed.

“It was a hard thing for us to get people to understand. We were not looking to gouge the market and get rich,” Edwards said. “But our cost for the plastic was two to three times what Chinese were charging.”

In the end, he said, with no assembly line experience, the company had to produce 1,500 a day to make about $1 profit per shield.

“We knew price was going to be a hard thing,” he said. “The only way we were able to do it was to scoop up the plastic.”

In the end, the company was able to produce some 80,000 shields sold around the country on Amazon and Walmart websites, Edwards said.

He said Humimic still has several thousand shields in stock, but it came out OK even though orders for PPE are slowing down.

If Covid flares up this winter, he said, the need might grow again.