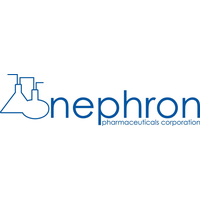 t’s no secret that working long hours in a cleanroom environment can be grueling. The bunny suits can get sweltering and the hours doing monotonous tasks can drag. On top of that, staffing cleanroom techs for an around-the-clock operation can be a major challenge for pharma companies.

With the hope of overcoming these issues, South Carolina-based Nephron Pharmaceuticals recently went looking for a way to automate syringe-filling for small batch manufacturing and turned to the brainpower nearby.

Within the University of South Carolina, the Office of Innovation, Partnerships, and Economic Engagement (OIPEE) provides a way for companies to engage with students and faculty to solve vexing industry problems.

“The university can bring a client in, and we’ll create a solution for that client with advanced manufacturing,” Bill Kirkland, executive director of OIPEE, explains.

For Nephron, that solution was robotics. After striking up a partnership, students and researchers from UofSC eventually innovated a new automated syringe-filling system that utilizes flexible, high-speed robots provided by Yaskawa Motoman and processing power developed by Siemens. According to Kirkland, the system’s robotic arm that works under a single hood is part of what makes it unique. It was also designed specifically for small-batch operations, and importantly for Nephron, the new technology will help eliminate manufacturing downtime.

“We have a workforce issue in that we have lots of trained sterile pharma techs, but expecting them to show up every shift 24/7 is challenging,” Lou Kennedy, CEO of Nephron, says. “So, for example, if someone calls in sick, this allows us to do many steps using robotics, and it keeps us from having to shut down.”

Although there are other robotic syringe-filling solutions on the market, Kennedy says she has never seen a system as small and nimble as the one built by UofSC.

“It operates underneath a flow hood in a cleanroom and that’s important because we are working with injectables,” Kennedy says. “And it’s compact and can move from one cleanroom to another.”

After the technology was developed, the system was installed in a Nephron facility earlier this year, where Kennedy says the company is perfecting the tech and it is being commercially validated. Once they find the manufacturing “sweet spot” and it wins regulatory approval, the companies plan to license and commercialize the technology. Ultimately, the plan is to target biopharma facilities and hospitals in need of small-batch manufacturing solutions.

“By virtue of its previous relationships with Yaskawa and Siemens, UofSC faculty and OIPEE pitched this solution to Nephron, who agreed to bear some of the initial cost of setting up the research facility in the McNAIR [Aerospace] Center,” Kirkland said in a statement this spring. “All three companies, as well as the university, will benefit greatly from the introduction of this system into the commercial space.”

In addition to being a boon for the Nephron, the collaboration also showcased how industry partnerships can be a stepping stone for engineering and manufacturing students — including those who were not considering a career in pharma before. According to Kirkland, one of the students involved in the collaboration went on to score a job at Siemens, and another did the same at Nephron.

“Partnerships like this one are a win for patients, employees and students, not to mention for companies like ours, that continue to grow and expand our capacity to help others,” Kennedy said in a statement this spring.