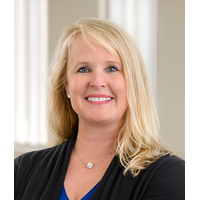 Lou Kennedy is President, Chief Executive Officer and owner of Nephron Pharmaceuticals Corporation. She joined Nephron Pharmaceuticals in 2001 and accepted the position of President and Chief Executive Officer in September 2007. Along with her husband Bill, Kennedy helped establish the Kennedy Pharmacy Innovation Center in conjunction with the USC School of Pharmacy. She serves on a variety of business and civic boards.