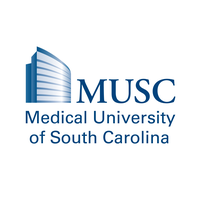 The Medical University of South Carolina has approved a $106 million contract to lease space in Lancaster County as part of a plan to enhance its foothold in the fast-growing area near Charlotte.

The structure on a 1.27-acre tract in the small community of Indian Land, where MUSC plans to build a full-service hospital, will offer 90,000 square feet of clinical space once it opens in early 2025.

Various departments, including cardiology, radiation oncology, medical oncology, OB/GYN, physical therapy and primary care, will be housed in the complex at 521 Charlotte Highway.

The design process is set to be completed by December, said Lisa Goodlett, chief financial officer of MUSC Health System.

The system said it initiated the process in an effort to secure the lowest interest rate possible at a time when the Federal Reserve is tightening credit to rein in inflation.

Mainsail Health Partners, a nonprofit that was created to support MUSC’s mission, is constructing the building. Goodlett said the total rental payments to the group over the 30-year deal will add up to $106 million.

The new space will strengthen MUSC’s ability to research and provide care to patients in the area, spokeswoman Heather Woolwine said.

“We know the best health care is often local and that many patients struggle to gain appropriate access to high-complexity care when they need it,” Woolwine said.

MUSC, the oldest medical school in the South, is South Carolina’s only integrated and academic health sciences center, according to its website. Its MUSC Health arm operates more than 700 locations across the Palmetto State where patients can receive care, from walk-in clinics to full-service hospitals.

“With this connectivity, when the complexity of care requires it, patients have enhanced access to care that can only be provided at an academic health system like MUSC — the right care, in the right place, at the right time,” Woolwine said.

MUSC Health established a brick-and-mortar presence in Lancaster County and the bedroom communities of Charlotte in early 2019, when it bought the 225-bed former Springs Memorial as part of its acquisition of four community medical centers outside the Charleston region.

The following year, it bought 87 acres in Indian Land. Around the same time, MUSC filed a plan with state health regulators to spend $235 million to build a 98-bed acute care hospital on the property. That project is being challenged by Piedmont Medical Center in Rock Hill.