MUSC "In Our DNA SC" Project: Preventing Risk of Disease 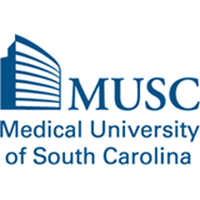 If your doctor knew your risk for colon cancer or heart disease years before the disease developed, he or she could help you take steps to prevent it.

In the initiative, which stakeholders call the first of its kind in the state, MUSC is partnering with population genomics company Helix to study DNA to drive a concept known as precision medicine. It allows providers and patients to develop health care plans with a more preventive approach.

“What we learn here … will influence care for individuals across the country and across the globe.”

The earlier genes associated with a disease are found, the better the chances of successful treatment, said Dr. Dan Judge, professor of medicine and cardiology at MUSC and director of cardiovascular genetics.

Had he learned through DNA testing that he had a propensity to develop the disease, that screening could have begun much earlier, perhaps in time to keep the cancer from progressing, he said.

And a woman with a genetic predisposition to breast cancer might begin mammograms at an earlier age or get more sensitive MRIs instead, Judge said.

“We hope we’ll be saving lives with this project,” he said. “That’s really the bottom line.”

The project will focus on certain forms of cancer and cardiovascular disease initially, but hopes to expand to other diseases in time, McMahon said.

The initiative will start with MUSC patients who already have an electronic health record and an upcoming appointment, he said. They will get a message through MyChart to let them know they’re eligible. Later, it will expand across South Carolina.

“It won’t be something that private physicians can order directly,” he said. “This program requires people to sign up through a review board process so that it’s gone through protocol, and safety and confidentiality issues are all addressed.”

Similar programs have identified as many as one in 75 participants who were at risk for a serious health issue, 90 percent of which would not have been discovered through traditional practice, said Dr. James Lu, CEO and co-founder of California-based Helix, which describes itself as a population genomics company at the intersection of clinical care, research and genomics.

“By expanding access and making genomic data actionable for health care providers,” he said, “we will be able to work in tandem with MUSC … to identify risk earlier and prevent or mitigate serious diseases for its community and beyond.”

The popularity of companies like 23andme shows that people want to understand their genetics, McMahon said.

“People are even buying DNA kits for their dogs,” she said.

The genetic test is free to participants and involves only a saliva sample.

Genetic counseling will be provided to patients whose DNA reveals a risk for disease so there can be further discussion of what it means for the patient and for family members who might be at risk as well, he said.

In addition to the clinical component, the project has a research component that will develop a dataset to advance genomics research.

For instance, some people respond to certain blood pressure medications while others don’t, but it’s not understood why.

“This will help us try to understand the genetic basis for that,” she said, “and who may need alternate therapy.”

Caroline Brown, chief of external affairs at MUSC, said the hospital system and Helix took steps to ensure that patient data are secure. While the results are linked to the patient’s medical record so his provider has access to them, the information is de-identified for research purposes, she said.

The genetic results will be entered into the participants’ medical records, like a chest X-ray or MRI results are, where they are available to insurers, Judge said.

While there is a law called the Genetic Information Nondiscrimination Act that protects people from health insurance or employment discrimination on the basis of genetics, information in medical records can be used to deny life insurance or charge more for it, he said. Patients will be informed of that as part of the consent form for participation, he said.

Brown said that as a state academic medical center, MUSC is focused on building its genomics prowess to ensure it can be a leader in precision medicine in the future. It chose to partner with Helix because of its established data analytics platform which is capable of large-scale projects like this, she said.

“MUSC looked for a strategic partner to offer genetic testing that can be provided to the patient and his provider so they better know how their genetic makeup impacts their health,” she said.

MUSC has identified funding for the program, Brown said, but she declined to divulge the cost.

McMahon said that when patients and providers are armed with genetic information, they can make better decisions about care going forward and push health care to a new level.

“This is the way of the future,” she said.

And Judge said he expects it will likely be routine within 20 years.