MUSC spinoff that takes aim at drug costs raises capital, beefs up its board 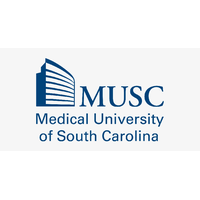 QuicksortRx Inc. did not disclose the size of the investment round  in a written statement issued June 15, saying it was a private transaction.

The company, which has moved its headquarters to the recently completed Charleston Tech Center on Morrison Drive, also has added two local industry veterans to its board.

The new directors at QuicksortRx are Shawn Jenkins and Steve Swanson, who provided the investment capital.

Jenkins is co-founder and the former CEO of Benefitfocus Inc., a Nasdaq-listed traded software firm based on Daniel Island that he helped take public in 2013. He also became a primary benefactor of the MUSC Shawn Jenkins Children’s Hospital after he pledged to donate $25 million toward the $390 million project in 2015.

Swanson ran Automated Trading Desk in Mount Pleasant before selling the financial technology business to Wall Street giant Citigroup for $680 million in 2007. He currently serves on the boards of the Bank of South Carolina, YESCarolina and the College of Charleston, among other organizations.

“We are excited to welcome two of Charleston’s great tech business leaders who have shown not only their expertise in building amazing companies, but also their commitment to the Charleston community,” said Jonathan Yantis, CEO of QuicksortRx.

Yantis and co-founder Matt Hebbard launched the company within the MUSC Innovation Center in 2016. The early goal was create a software platform that would allow the sprawling health system to track its pharmaceutical supply chain in real time and make purchasing adjustments to help lower medication expenses.

It was later spun off as AscendRx before being renamed last year.

“Our tools are helping health systems around the country realize millions of dollars in pharmacy purchase savings without increasing workloads for staff,” QuicksortRx said on its website.