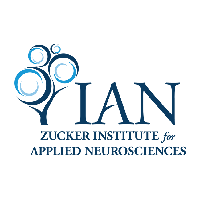 The Zucker Institute for Applied Neurosciences, a technology accelerator at the Charleston-based Medical University of South Carolina, said it will commercialize its surgical suction de-clogging tool.

MUSC neurosurgeon Stephen Kalhorn, MD, invented the tool, named VayuClear, to address the problem of vacuum-assisted suction devices clogging during surgeries. These clogs, which occur as often as four to five times an hour, can take one to three minutes to de-clog or replace, but VayuClear is designed to de-clog surgical suctions in one to three seconds using pressurized saline.

"We commonly see clogged suction lines and suction tips during operations, leading to delays," Dr. Kalhorn said in a news release. "Delays in surgery are frustrating and mean more time under anesthesia for the patient."

The technology already has received a U.S. patent, and it's on track to be FDA-registered and commercially available as early as mid-2022, according to the release.

The accelerator has partnered with South Carolina company Medical Access Partners to commercialize the tool.