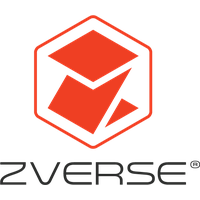 Columbia-based digital manufacturing solutions company ZVerse Inc. has launched new technology that creates 3D computer-aided design files from 2D technical drawings, cutting some project times by as much as half.

The automation-assisted conversion generates a rapid 3D conversion project quote, then creates 3D manufacturing files that can be stored in a digital library, allowing field and repair technicians to quickly access the files and manufacture parts from anywhere, according to a news release from ZVerse.

“ZVerse has been doing this work for years, converting 2D files to 3D through our on-demand design services,” company president David Craig said in the release. “We know the areas where you can drive automation and drive the biggest impact in workflow. We have also learned that the greatest time spent in the conversion process can be automated and we now have automated those steps. We are committed to driving even more types of automation in and around this critical business need.”

Project times can be reduced by an average of 35% to 50% with the elimination of the need to re-draw part geometries at current manufacturing software standards, the company said.

The advancement will address the lack of 3D digital files that is an obstacle to digital manufacturing and on-demand maintenance, repair and overhaul part production at scale, according to the release. Manufacturing engineers and industrial designer can more quickly convert legacy files, resulting in time and cost savings while improving geometric accuracy.

Founded in 2013, ZVerse shot to national prominence last year with the development of its ZShield Flex face shield, which was named an Innovation by Design Awards winner by business magazine Fast Company.