Osteopaths are filling medical needs in SC and beyond 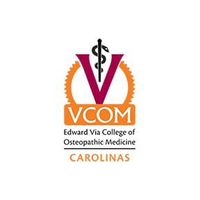 Osteopathic medicine is one of the fastest-growing medical professions in the country, and doctors of osteopathic medicine (DOs) hold some of the most prominent positions in medicine today, including overseeing care for the president of the United States, the NASA medical team, and many who serve in the uniformed services.

This past year, the number of osteopathic physicians in the US climbed to nearly 135,000 – an 80% increase over the past decade. One out of every four medical students is enrolled in an osteopathic medical school, and more than 1,500 DOs are currently practicing in South Carolina.

A DO is a fully trained and licensed physician who can choose to specialize in every recognized area of medicine, from neonatology to neurosurgery. More than half of all osteopathic physicians practice in primary-care areas, which include family medicine, obstetrics/gynecology, pediatrics, and internal medicine. DOs use the most current scientific knowledge to promote health, diagnose and treat disease, and establish strong relationships with patients, with a focus on disease prevention.  DO physicians are fully licensed in every state to comprehensively practice all aspects of medicine and surgery.

DOs practice with a whole-person approach, believing in the body’s innate ability to heal itself. They look beyond symptoms to understand how lifestyle and environmental factors impact your well-being, rather than just treating your symptoms.

Osteopathic medicine is still rather new to South Carolina; the Edward Via College of Osteopathic Medicine was recruited to open its $30 million Carolinas Campus in the northside of Spartanburg just a decade ago. The opening of Spartanburg’s only medical school has served as a catalyst for the Northside’s $200 million community revitalization effort .

At VCOM-Carolinas, which is one of four campuses, our mission is to prepare globally-minded, community-focused physicians to meet the needs of rural and medically underserved populations and promote research to improve human health. We intentionally recruit students from, provide training in, and return qualified graduates to practice in rural and medically underserved areas. More than 50% of our students are from North Carolina and South Carolina.

Fulfilling the VCOM-Carolinas mission is profoundly impacting the health of South Carolina. With the majority of the state’s 46 counties considered medically underserved areas, the state’s rapid population growth, the aging population, and the fact that a third of all practicing doctors will retire in the coming decade, South Carolina needs more primary-care providers than ever to ensure its citizens have access to primary health-care services.

VCOM-Carolinas is addressing our state’s current and growing demands for primary-care providers. Since 2011, we have graduated 1,069 physicians, many of whom are filling critical needs for primary care by practicing in small towns and rural areas. VCOM has become a highly sought medical school with 18,237 applications received in 2021. It is currently ranked as the fifth-most affordable private medical school in the US, and the seventh-leading producer of primary care physicians in the US among both MD and DO schools.

Matthew D. Cannon, DO, FACOFP is dean of Edward Via College of Osteopathic Medicine-Carolinas and is a board-certified family medicine physician.