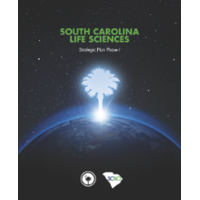 South Carolina inventors are being granted patents faster than the national rate, a fact that could bode well for business in the Palmetto State.

About 1,600 patents were granted in 2018 with at least one South Carolina inventor’s name on the award. Compared to the nearly 170,000 patents granted across the United States, it’s not a huge amount.

While patents issued in 2018 were down somewhat compared to last year, scaling back 10 years to 2009 shows patents awarded with South Carolina ties have grown by about 108 percent. That is a faster rate than those granted to American inventors as a whole, as businesses large and small aimed to capture more intellectual property.

Read on for full article from the Charleston Post & Courier...