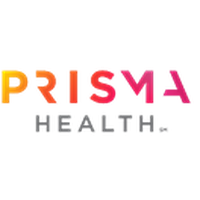 When he was diagnosed with stage 4 lung cancer in 2011, Jimmy Alexander wasn’t expected to live more than a year.

So doctors enrolled him in a clinical trial of a new chemotherapy cocktail hoping it might make a difference.

And now the program that helped Alexander is being expanded into the Midlands with an $8.2 million grant awarded Friday by the National Cancer Institute’s Community Oncology Program, or NCORP.

“People just don’t realize what clinicals may be able to do,” Alexander said. “They can be a lifesaver.”

Clinical trials are conducted to determine whether a treatment works while offering patients a shot at experimental therapies that aren’t otherwise available through normal channels.

They provide physicians with new weapons in the battle against cancer, said Dr. Larry Gluck, medical director of Prisma Health-Upstate’s Cancer Institute in Greenville, which was awarded the grant.

“Because of our NCI designation and support,” he said, “we can offer hundreds of leading-edge clinical trials that can provide treatments to patients years before approval by the FDA for general use.”

More than 300 clinical trials are underway at Prisma’s Cancer Institute at any time and the hospital has been awarded more than $30 million in NCI grants since 1995, according to Prisma, formerly Greenville Health System.

“What we learn from one patient helps that patient – but also many many more,” said Dr. Jeff Giguere, a Prisma oncologist.

“A unique aspect of research via the NCORP grant is that it interrogates every point on the cancer continuum from diagnosis, treatment, supportive care," he said, "as well as proactively evaluates cancer prevention and more effective and efficient ways of delivering cancer care.”

The latest six-year grant will enable trials for lymphoma, leukemia and solid tumors to begin in the Midlands this fall.

“Our goal ... is to continue to serve our Upstate patients with strengthened options here and extend our reach and expertise to the legacy Palmetto Health institutions via Prisma Health,” said Giguere. “We hope to meet an unmet need for our state.”

There was no guarantee when Alexander was enrolled in the trial that he would benefit from the drugs. But the 78-year-old said he would have participated anyway in case it would help others.

“If whatever I am doing helps other people, I was glad to do it,” he said. “But here I am eight years later.”

Alexander said his cancer is stable, thanks to a weekly infusion of a drug called Erbitux, which is provided through the trial.

Fortunately, the retired engineer was able to live to see a great-granddaughter born seven months ago.

“I’m doing pretty good. The only problem I have is old age,” he says with a chuckle. “I’m still around to play with her. It’s a great, great thing.”