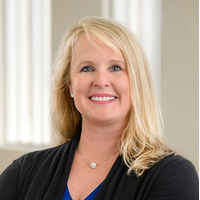 Ms. Kennedy is the president, CEO and owner of Nephron Pharmaceuticals Corporation, a woman-owned business that leads the world in the manufacturing of generic respiratory medications. Kennedy received her Bachelor of Arts in Public Relations from the University of South Carolina. She has received numerous awards in South Carolina and across the country for her achievements in business and leadership. Kennedy is also the immediate past chairman of the S.C. Chamber of Commerce and chairman of the Board of Directors of SCBIO, the state's official life sciences organization.

“I am excited to welcome Ms. Kennedy to SCRA’s Executive Committee,” said Don Herriott, chairman of the SCRA Board. “Her extensive business and leadership experience has had a tremendous positive impact on South Carolina and makes her a valuable addition to the governing body of SCRA.”