Secretary of Commerce Bobby Hitt to Continue to Lead S.C. Department of Commerce 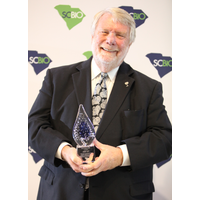 Gov. Henry McMaster announced that Robert M. Hitt III will continue serving in his role as Secretary of Commerce at the South Carolina Department of Commerce.

Secretary Hitt was appointed to his current position by former Governor Nikki Haley in 2011 and has led the Department of Commerce for nearly 8 years, during which time the state has seen more than $29.5 billion in capital investment and more than 106,000 new jobs announced through job recruiting efforts.

Since Governor McMaster took office in January of 2017, the governor’s office and the department of commerce have jointly announced over $8.1 billion in capital investment and 25,015 new jobs. Those announcements have been highlighted by companies relocating and expanding in every region of the state.

“Secretary Hitt has been a highly effective partner in South Carolina’s economic development efforts for two governors, and I am grateful that he will continue to work with me in building on the successes our state has experienced and take those efforts to even greater heights,” said Gov. Henry McMaster. “Every job we’re able to announce makes a difference in someone’s life, and that will always motivate Secretary Hitt and I to work every day to bring companies, big and small, to our state and take care of them when they get here so they can thrive and grow here.”

“I am extremely proud of the work that Team South Carolina has done to bring opportunities to every corner of the state,” said Secretary Hitt. “When I accepted this position in 2011, I did so with the belief that every person who wants a job, should have one. And, everyone who wants a better job, should have that opportunity as well. I still believe that today. I am honored that Governor McMaster has asked me to continue serving in the role of Secretary of Commerce, and I look forward to building on the momentum we’ve achieved together over the last few years.