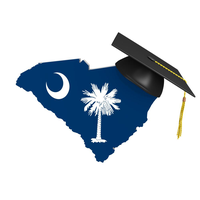 The University of South Carolina School of Medicine Columbia is the top medical program in the country for graduates who are practicing in areas where there is a shortage of health care professionals, according to the latest U.S. News & World Report’s Best Graduate School rankings.

The medical school’s distinction is part of the U.S. News rankings released March 30; the rankings show that UofSC is now home to more than 60 nationally ranked programs.

Among those is the International MBA program in the Darla Moore School of Business, which retained its No. 1 ranking for the eighth consecutive year.

“From meeting the health care needs of South Carolina’s underserved communities to preparing graduates to excel in careers in all corners of the world, these rankings demonstrate the work our faculty, staff and students do each day to improve the lives of people across the state, nation and world,” says William Tate, the university’s provost and executive vice president of academic affairs.

The School of Medicine’s No. 1 ranking fulfills the university’s mission by providing doctors for underserved areas, sometimes referred to as “medical deserts.”

The Columbia med school also ranks No. 45 for the number of doctors practicing in primary care specialties and No. 54 for graduates practicing direct patient care in rural areas. The School of Medicine is ranked No. 76 nationally in primary care, improving 14 spots from last year’s U.S. News rankings.

“We are proud to be producing graduates who are committed to providing exceptional patient care to underserved communities,” says Dr. Les Hall, dean of the UofSC School of Medicine Columbia. “Our school was established to create a pipeline of quality health care professionals for South Carolina. These rankings are a clear illustration that we are achieving that mission and more.”

The Moore School continued its reign as the highest ranked international business master’s program in the country. The International MBA has been ranked in the top three for 32 straight years.

The university’s ranked graduate and professional programs include diverse areas of study in the sciences, humanities, technology, engineering, health sciences, law and business.

Other highlights from the new rankings include: