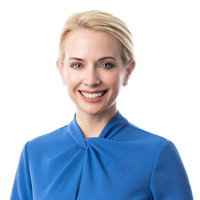 Job creation is one of the primary goals of economic development, but a “full employment” economy creates workforce challenges. Those challenges were discussed in numerous ways at the South Carolina Economic Development Summit.

The June 14 event, hosted on Daniel Island by Womble Bond Dickinson, consisted of panel discussions, presentations and roundtables covering topics from real estate to life sciences to workplace culture. Regardless of the topic, however, much of the discussion circled back to how businesses can attract and retain talented workers.  WBD is a Premier Partner of SCBIO, South Carolina's life sciences organization.  WBD Partner and SCBIO Vice Chair Stephanie Yarbrough hosted the program.

“Workforce is a big issue,” said John DeWorken of WBD Lobby, a governmental relations arm of Womble Bond Dickinson. “I would contend that in talking with business and industry, that it’s the No. 1 issue.”

“There are a number of new amenity types,” he said.

Morrison is seeing employers install everything from pingpong tables to meditation rooms.

“We are fully employed,” he said. South Carolina’s March unemployment rate of 3.4% is below the national rate. “So how do we keep those folks?”

Meanwhile, a roundtable on the future of work talked about how workplaces – including manufacturing spaces – are changing to accommodate collaboration.

“We don’t work anymore with an individual focus,” said Stephanie Yarbrough, a partner in WBD’s Charleston office. “We work as teams and we work better in diverse teams.”

That discussion also turned toward amenities, Yarbrough said. She said a young professional raised the point that while providing snacks and cool offices for workers is great, college loan debts are such that many would “work in a broom closet” if it meant getting paid better salaries.

“It was very eye-opening,” Yarbrough said. “It goes to your values. It was a good, open dialog.”

Regarding values, Brad Little discussed the challenges of balancing culture and scale at a growing business. A former Facebook employee, Little leads the consumer solutions business for Charleston-based Blackbaud Inc.

“There’s a lot of new energy coming into organizations all the time,” he said. “Encourage everyone to be heard. Genuinely listen to other people’s points of view.”

Little said at Facebook there is a culture of colleagues constantly providing each other with constructive criticism. On its face, it might seem uncomfortable.

“It became a lot easier because it was happening so often,” Little said of his own experience. “And it was great because everyone was getting better.”

He said a willingness to take risks allowed Facebook workers to learn from mistakes while bringing team members closer together.

Mark Fava, chief counsel for Boeing’s North Charleston facility, said it was a “huge risk” for the aircraft manufacturer to decide to come to South Carolina a decade ago. Since then, the company has invested $2 billion while growing to 7,000 workers, but Fava said Boeing is still only using about half of its 884-acre site.

A discussion of the life sciences industry also looked at workforce from several angles. Developer Mack Reese is managing partner of Gateway Ventures, which is behind Charleston’s WestEdge, a 50-acre, 1-million-square-foot project that combines live/work/play elements attractive to companies such as life sciences startups.

“How people work is changing,” he said. “Office buildings need to change.”

“We’re not just a state that makes things now,” Konduros said. “We’re a place that innovates.”

Fellow panelist Hank Jibaja of Nephron Pharmaceuticals Corp. said his company found an innovative way to source talent. Faced with fluctuating production demands, a Facebook post turned into a program by which local teachers come to Nephron for occasional weekend work at $21 per hour.

Looking ahead, DeWorken said there is a bill in the General Assembly that would provide scholarships for students who gain diplomas or certificates in careers where there is a critical workforce need.

“You might have a student that says they’d love to have their CDL, but can’t afford it,” he said. Truck driving is one of many industries where there is perceived to be a shortage of workers and it could be one of the jobs included in the scholarship program.

The summit is an annual event hosted by WBD. The firm’s 1,000 lawyers represent more than 250 publicly traded companies. It has 27 offices across the United States and United Kingdom, including Charleston, Columbia and Greenville.