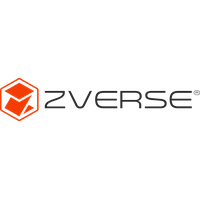 The ZShield, designed and manufactured by Columbia-based ZVerse, has won a national design award for innovation. (Photo/Provided)

The face shield, designed and produced by ZVerse, has been named an Innovation by Design Awards winner by business magazine Fast Company. The awards, in their ninth year, recognize creative, problem-solving innovations and have included winners such as Spotify, Google and Disney+.

The shields feature lightweight visors that clip around the wearer’s neck, making the shield comfortable for all-day wear. ZVerse’s computer assisted design platform creates custom, manufacturable 3D files that are returned to clients for production, enabling an invention to quicky go from idea to reality.

“We need innovative design more than ever, and the 2020 honorees have brought creativity, inventiveness, and humanity to address some of the world's most pressing problems, including the global pandemic, racial injustice, and economic inequality,” Stephanie Mehta, editor-in-chief of Fast Company, said in a news release. “Together these entries offer a glimpse into a future that is more inclusive, more accessible, and more just.”

The ZShield Flex won in the Workplace category and also received an honorable mention in the Best Design of North America category alongside companies such as Microsoft, Google and Logitech. A complete list of winners, finalists, and honorable mentions are featured online and in the October-November issue of Fast Company, on newsstands Oct. 20.

In March, ZVerse founder and CEO John Carrington adapted the company’s business model to accelerate the mass production of face shields in response to a health care community struggling to deal with the COVID-19 health crisis. The company tested more than a dozen designs before settling on the ZShield, focused initially on the needs of health care workers before being adapted in partnership with industrial designer Scott Henderson for everyday use.

“At the onset of the pandemic, we recognized our unique role in the world as great enablers of digital manufacturing, and we pivoted to become one of the largest producers of face shields to serve our country’s urgent need for PPE,” Carrington said in the release. “After launching with ZShield Health, we brought on Scott Henderson to reimagine the traditional face shield design and create a product that would be comfortable for a variety of work environments as well as everyday life. Going to market with such a novel design and seeing it in use by so many people and industries has been a humbling experience. We’re honored to be recognized by Fast Company for our work; it’s truly been a labor of love.”

To date, ZVerse has produced more than four million shields, nearly tripling its workforce. Notable users include television and film production companies, Disney, Chick-fil-A, Four Seasons Hotels and Resorts, and Walgreens, according to the release.

“When ZVerse originally contacted me about collaborating, I immediately realized how historic this moment was and felt an urgent need to help with the project,” Henderson said. “Prior to COVID-19, face shields weren't considered an essential accessory outside of the healthcare and medical science industry. After a century of little innovation in regard to face shield design, I am so proud of our team for applying out-of-the-box critical thinking to create this new option for PPE.”