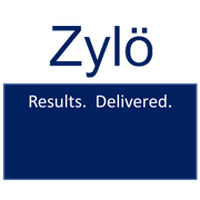 GREENVILLE, SC: September 26, 2019: Zylö Therapeutics Inc., dedicated to developing a transformational topical delivery platform, announced that on September 21, 2019, it effected a closing of its Series A financing through the sale of $4 million of Series A preferred shares. Approximately $1.35 million of this total was invested prior to this year and was converted into Series A shares as part of this financing.

The remaining $2.65 million was newly invested capital, led by VentureSouth with investments totaling more than $1 million. VentureSouth, one of the largest early-stage investment groups in the country, has more than 300 private investors in 12 local chapters across the Southeast and has invested nearly $40 million in 67 companies. Other angel groups investing in this round include the New York Angels, Ariel Southeast Angel Partners (ASAP) out of Savannah, the Boston Harbor Angels, and the Chemical Angel Network.

SC Launch Inc., an affiliate of the South Carolina Resource Authority (SCRA)—a non-profit corporation chartered by the state that helps fuel South Carolina’s innovation economy—also participated in this round.

In addition, insiders and their affiliates/associates invested over $400,000, extending their total invested to over $1.5 million.

Proceeds from the funding will be used to further scale up the manufacturing process of the company’s Z-pod™ delivery particles and for general working-capital and business-development purposes, as Zylö aims to forge 21 partnerships by 2021.

“This funding enables us to secure additional partnerships similar to the one recently announced by HOTH Therapeutics, a biopharmaceutical company that has licensed from Zylö endocannabinoid-releasing Z-pods™ to treat lupus,” stated Scott Pancoast, Zylö CEO and Founder. “The additional capital also allows us to move ahead with a number of other initiatives such as the Lidocaine Patchless Patch™ as both an Rx and an Over-The-Counter drug product; a sustained-release topical CBD product, which has blockbuster potential; and a sustained-release nitric oxide cream for anti-aging, wound-healing, acne, nail fungus, and other applications.”

He continued, “We appreciate the confidence expressed by our new and existing investors in the potential of our underlying Z-pod™ technology and our leading product candidates.”

About Zylö Therapeutics:
Zylö has developed an innovative topical delivery system that extends the duration-of-effect, improves the solubility/targeting, and/or enhances the product performance of many therapeutic agents. Notably, the Z-pod™ technology platform has enabled the Patchless Patch™ concept and has successfully harnessed the therapeutic potential of nitric oxide, one of the most powerful—and short-lived—biomolecules produced by our bodies. For more details please visit our web site, www.zylotherapeutics.com and follow us on Twitter (@ZyloTherapies).