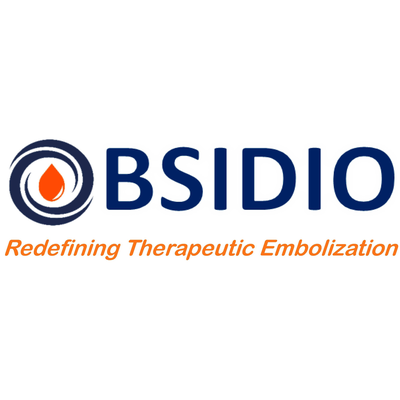 After a whirlwind 2021 that saw Boston Scientific gobbling up a handful of smaller companies left and right, the medtech giant’s M&A appetite seems to have slowed.

Within the first half of last year, Boston Sci had already inked plans to acquire three of its longtime partners and investees. For this year, however, the company is only just now announcing its second planned buyout for 2022, this time an embolization tech developer.

The target in question is Obsidio, a South Carolina-based startup that—true to the Latin definition of its name—is developing hydrogel technology that can create a blockade in the blood vessels to slow or stop the flow of blood to a tumor or other abnormality.

Neither company disclosed the financial terms of the acquisition, but Boston Scientific said it’s not expecting the buyout to have any material impact on its 2022 earnings.

Obsidio’s Gel Embolic Material, or GEM, technology comprises a semi-solid hydrogel that’s inserted into blood vessels via catheter. It’s intended to be used in the peripheral vascular system—that is, in the veins that deliver blood everywhere in the body beyond the brain and heart—where its gel composition makes it easy to place and to conform to the patient’s vascular structure.

Embolization procedures to obstruct or completely block blood flow in a vein can be used to stop a blood hemorrhage, stabilize malformations in the veins and arteries and cut off tumors from the blood supply, leading them to shrink in size.

“The GEM technology combines benefits of currently available embolics, such as precise control of a solid and malleability of a liquid, to create a unique technology that offers procedural efficiency and a more personalized therapy for patients,” said Peter Pattison, president of that portfolio within Boston Sci’s peripheral interventions segment.

The Obsidio buyout comes not long after Boston Scientific’s first M&A move this year. That announcement came at the end of June when the Massachusetts device maker said it would purchase a majority stake in M.I.Tech, a Korean maker and distributor of non-vascular metal stents.

In return for the 64% ownership stake, Boston Sci offered up 14,500 South Korean won per M.I.Tech share, which added up to a total purchase price of 291.2 billion won, or about $230 million. Once again, the buyer said it wasn’t expecting the acquisition to have a material impact on its earnings per share for 2022.