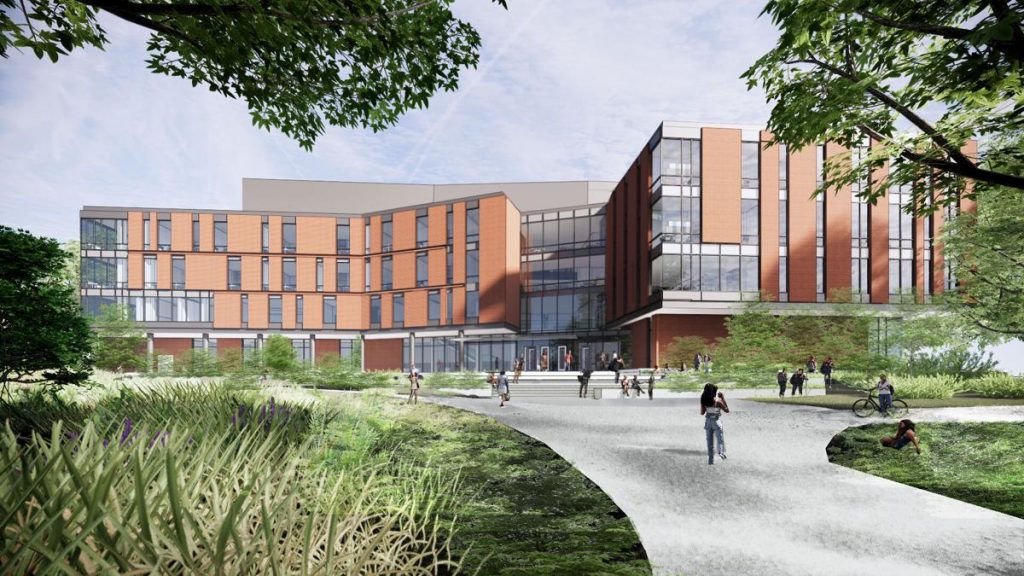 Construction of Clemson University’s newest building — a $130 million Advance Materials Innovation Center — was approved at the Board of Trustees’ October meeting to be funded by up to $106 million in general obligation bonds and $25 million from the state budget.

Anticipated to be complete in winter of 2025, the 143,000-square-foot building known as AMIC will house the department of materials science and engineering.

It will take over what is currently an employee parking lot at the corner of Williamson Road and South Palmetto Boulevard near Sirrine Hall.

With parking at a premium for both staff and students, university spokesman Joe Galbreath said other parking options off Perimeter Road are being identified to replace this lot when AMIC is built.

″(The new lot) will not only replace those places lost to this important new facility but we feel confident we will end up in a net increase in available parking,” he said.

AMIC will replace several laboratory and research buildings built between the 1930s and 1980s and allow for “systematic renovation of several antiquated facilities,” according to meeting materials.

Clemson University’s total debt service is projected to be nearly $22.4 million at the end of fiscal year 2023. With the state issuing this bond on behalf of the university, that number jumps to $25.78 million.

There are “fundraising opportunities” for financing the AMIC construction project as well, Tony Wagner, the university’s executive vice president for finance and operations, told the Facilities and Finance Committee.

The university has submitted a capital request for $25 million in state funds as well, Wagner said.

Multiple departments — materials science and engineering, chemistry, and chemical and biomolecular engineering — and their related programs will use the various labs, classrooms and office space.

AMIC is designed to accommodate 12,000 students per week and house up to 180 graduate assistants and 120 employees.

Enrollment in these programs is expected to grow by as much as 30 percent, and research expenses in related fields should reach $17 million by 2026, one year after the building is expected to be completed.

Construction should begin in winter 2023.