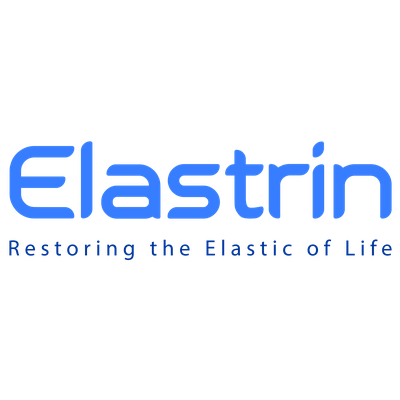 Elastrin Therapeutics Inc., a privately held biotechnology company leveraging a platform technology to develop therapeutics that render calcified tissue and organs supple again, announced the formation of its Scientific Advisory Board. The Board is comprised of leading industry and university experts in cardiovascular research and clinical development. Former CMO of Elastrin Therapeutics, Dr. Pedro M. Quintana Diez, will act as chairman. Elastrin Therapeutics’ lead asset ELT-001 is an EDTA-loaded nanoparticle conjugated with a proprietary monoclonal antibody for the treatment of vascular calcification.

Elastrin Therapeutics’ Scientific Advisory Board is comprised of:

Prof. Elena Aikawa, MD, PhD: Dr. Elena Aikawa is a Professor of Medicine at Harvard Medical School, and the Naoki Miwa Distinguished Chair in Cardiovascular Medicine and the Director of Heart Valve Translational Research Program at Brigham and Women’s Hospital. She was at the forefront in the discovery of inflammation-dependent mechanisms of cardiovascular calcification. Her studies contributed to the discovery of calcifying extracellular vesicles as a precursor of microcalcification.

Prof. Frank Rutsch, MD: Frank Rutsch is an Associate Professor in Pediatrics at Münster University Children’s Hospital, Münster, Germany. After a postdoctoral research fellowship at the University of California, San Diego, he became the leader of an independent research group at Münster University Children’s Hospital in 2004. Dr. Rutsch’s main research interests are focused on the discovery of the underlying genetic defects and translational aspects in rare pediatric metabolic and autoimmune disorders.

Dr. Klaus-Dieter Langner: Klaus-Dieter Langner is a life science expert with more than 32 years of experience in pharmaceutical industry. Klaus started his career as research scientist at Behringwerke/Hoechst focusing on the expression of recombinant human plasma proteins and immunomodulators. After 12 years, he moved to Grünenthal where he was appointed as Head of Research. In his last position, Klaus acted as Chief Scientific Officer and Member of the Corporate Executive Board.

Prof. Linda Hands, MD: Linda Hands was appointed Clinical Reader in the University of Oxford and Honorary Consultant Vascular surgeon in 1992 after training in London, Oxford and Chicago. She was Clinical Director of Vascular and cardiothoracic surgery for three years and also served on the Health Authority and a NICE committee. Linda retired in late 2017 as Associate Professor and remain an Hon. Emeritus Professor at the John Radcliffe Hospital Oxford and Emeritus Fellow of Green College, Oxford.

Dr. Pedro M. Quintana Diez, M.D.: Pedro is an internal medicine doctor with over 20 years of clinical development experience in the international biotech and pharmaceutical industry. Prior to joining Elastrin Therapeutics, Pedro served as CMO of Sensory Sciences LLC and held VP and leadership positions at Grunenthal, Abbvie and ParinGenix. Pedro managed Phase II and III developments in cardiovascular and lung diseases. His experience submitting INDs and CTAs will add further value to the company’s pipeline.

Dr. Yuri Martina, MD, MBA: Yuri has more than 20 years of experience and a strong track record in the strategic and operational leadership of all phases of clinical research and development at companies across Europe and the US. During his career, Yuri has worked actively in different therapeutic areas and he has led teams bringing multiple compounds from pre-clinical phase into clinical studies in both Europe and US, and achieved multiple successful NDA and MAA submissions and approvals.