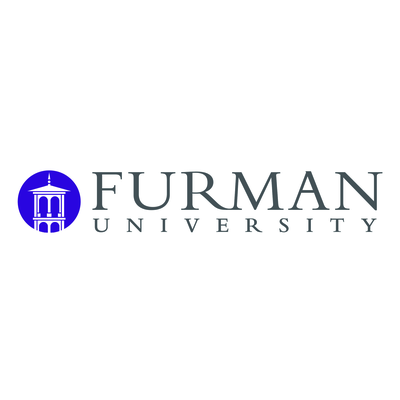 When he was a young boy, Oscar Guillen ’22 and his mother emigrated to the United States from Honduras in search of economic opportunities. Now, the Furman University Asian studies major wants to help young people in Honduras start businesses and spur the economy there.

A new program for Furman students, developed by The Robert and Margaret Hill Institute for Innovation and Entrepreneurship and in collaboration with VentureSouth, could help him do that.

Guillen is in the inaugural cohort of the Furman Angel Analyst Fellows, learning what it takes to be angel investors.

“The goal is to provide students with the skills, experience and network to accelerate their learnings in early-stage venture investment,” whether they want to pursue a career as an investor or raise capital for their own ventures, said Anthony Herrera, Furman’s chief innovation officer and executive director of The Hill Institute.

“We’re extremely excited. We’re thrilled” about the Furman Angel Analyst Fellowship, said Charlie Banks, a managing director of VentureSouth. Students will get hands-on experience working with the VentureSouth team, participating in meetings, learning the firm’s due diligence process, “seeing behind the curtain,” he said.

The group meets twice a week for eight weeks at Furman 101 in downtown Greenville, where they hear from entrepreneurs and business leaders, have facilitated discussions, go over case studies and exercises and receive mentoring. The last three weeks are spent on a due-diligence project, culminating in a presentation to VentureSouth. At the end of the program fellows have the chance to interview for two internship positions with the investment firm.

The first class includes students from every academic year, but future cohorts will be limited to sophomores and juniors, giving students an advantage when applying for competitive internships with venture capital, private equity and investment banking firms their junior and senior years, Herrera said.

Students from any major can apply, making the program unique and the first of its kind at a liberal arts and sciences university, Herrera said. The handful of similar programs are at larger universities, and are either exclusive to business majors or to graduate students.

Also unique is the opportunity for students to work with a premiere firm like VentureSouth, one of the top 10 angel investment firms in the country, Herrera said.

Banks said his firm has been impressed with Furman students who have interned there in recent years. He and Herrera talked about expanding opportunities and opening it up to non-business majors. They want Furman students to become part of a growing entrepreneurial ecosystem in South Carolina and the Southeast that needs more talent.

“Furman students have talent and the willingness to learn a new skill,” Banks said.

“In the past, if a student wanted to get involved in venture capital, they had to go outside the Southeast,” Banks said. The fellowship is “good for our region and for South Carolina, to have home-grown talent in the venture space. That’s what’s needed to sustain the foundation we’re trying to build around capital.”

Guillen said he aspires to start an angel investing group in Honduras, and possibly in Mexico, where his stepfather is from. The countries, he said, “need investment into entrepreneurs to create new business and economic opportunities.”

He appreciates that the program was open to non-business majors, and says his background in humanities gives him a more global perspective on things.

“I had the opportunity to learn about the cultures, customs, traditions and languages of countries around the world, which is important for the next generation of leaders,” Guillen said.

Herrera said a liberal arts education is a natural fit for the angel analyst fellowship because of the emphasis on problem solving, analytical skills and communication, which are also key to early-stage investing.

“I’m excited to see Furman students of any major be exposed to the basics of how early-stage ventures launch,” said Les Knight ’76, a retired partner with Ernst and Young who serves as a mentor for the fellows. Being exposed to the investing process will help the fellows in their careers, either as investors or founders. And, it sets them up to intern at firms like VentureSouth.