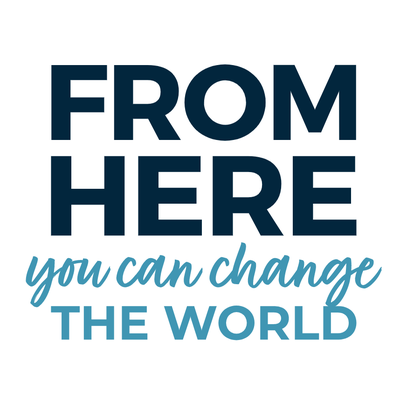 Business is booming for life science companies trying to change the world from here. The industry has a $12 billion annual impact on South Carolina’s economy and employs more than 30,000 people according to the state Department of Commerce, and Greenville is a key player in the industry’s growth and innovation.

“…Life Sciences is our state’s fastest growing industry — faster than automotive, faster than logistics, faster than aerospace or agricultural,” Mark Farris, president and CEO of the GADC, said as he introduced a panel of industry experts including executives from several life sciences companies based in Greenville County. Leaders from Kiyatec, Stomagienics, Rymedi, and Diversified Medical Healthcare shared their journeys and talked about how the life science sector is making an impact here.

Erin Ford is COO and executive VP of SCbio, an economic development organization and voice of the industry. Ford said it’s been amazing to see the explosion that’s happened since she joined SCbio in 2017. “It’s medical devices. It’s biotech. It’s digital health. There are so many things that affect how we live our lives, and there are companies here that are helping us live better lives,” said Ford.

SCbio’s Economic Impact Study showed in 2016 there were 402 life sciences companies. In 6 years, that number more than doubled to 1,033. Ford credited collaboration and partnerships for sparking the growth in Greenville County. In the city, a cancer fighting company called Kiyatec now anchors an Innovation District that’s taking shape downtown. Kiyatec CEO, Matt Gevaert, was on the panel with Ford. His company created more than 90 new jobs and invested $5 million in its move to the intersection of Main and Washington Streets. Gevaert said the move “was driven and is driven by our recognition and opportunity that it’s going to make us a better and more successful company.”

Much like Gevaert, David Stefanich, CEO and co-founder of Rymedi, said planting roots and raising his business in Greenville happened organically. The company moved here from Research Triangle Park in North Carolina. A smaller company could get lost among bigger players there, but Stefanich said Rymedi found support here in Greenville. “There’s so much going on in so many different industries that we can work together, and these synergies between a digital platform and real estate, digital platform and marketing — all these cross-pollinations allowed us to grow,” said Stefanich.

Growth is on the forefront at Diversified Medical Healthcare, a holding company with multiple brands working to improve patient care. VP of Commercial Operations, Austin Shirley, said his company expanded fast when COVID-19 hit. Diversified’s future, according to Shirley, will build on the at-home testing model that became more common during the pandemic.

Some innovators in Greenville County are working to restore patients’ quality of life. Bruce Johnson built a career in cyber security, but he pivoted to work that’s very personal for his family. He’s now CEO of Stomagienics, a company that helps patients who live with ostomy bags. That’s more than a million Americans, according to Johnson, including his once active father-in-law whose life changed dramatically after a medical diagnosis. Part of reclaiming his freedom involved innovating. Johnson’s father-in-law created a simple, hygienic system to change ostomy bags.

Johnson said Stomagienics is doing important work. “We don’t know where it’s going to take us,” he said. “Thank God we have an amazing support structure here in Greenville in SCbio and GADC and so forth.”

Innovators inspire innovators to think big, but it’s not all work and no play among life sciences leaders here in Greenville. Rymedi saves room for a little Southern hospitality in the company’s weekly schedule. “…every Thursday, we cook brisket up on the porch,” said CEO David Stefanich, “… so if you’re ever out in the back and you smell it, please come up and say hi.”

Food, fellowship, and a friendly invitation – a perfect example of the collaborative spirit among life sciences founders trying to change the world FROM HERE.

PrevPreviousVaccinating the world, one delivery at a time
NextAn avatar-guided career pathNext