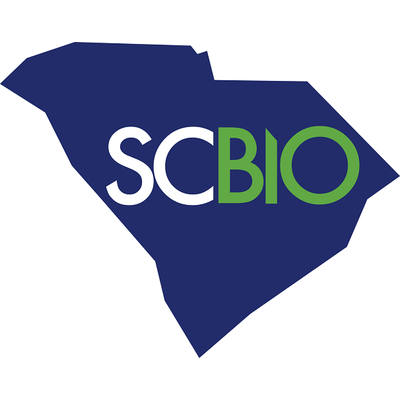 On the heels of the proclamation by Governor Henry McMaster that  he was recognizing February 21-25 as SC Life Sciences Week in recognition of the importance of the industry to South Carolina, researchers from the Moore School of Business at the University of South Carolina have determined that the industry is not only South Carolina’s fastest-growing overall – it is growing at a faster rate than its peers across the Southeast.

Since 2010, annual employment growth within the life science industry core has averaged approximately 2.7 percent, far exceeding that of the state as a whole over the same time period (1.4%). More recently, although South Carolina’s overall employment growth experienced a slight decrease since 2017 due to the pandemic-induced recession of 2020 (-0.4%), the life science industry core experienced remarkably high growth of 26.4 percent over the same period according to Bureau of Labor Statistics data – and an even higher rate of 42.2% using proprietary South Carolina data.

The research went on to document that the annual economic impact of the life science industry on the state of South Carolina totals a robust $25.7 billion. This figure reflects the dollar value of all goods and services that can be attributed (either directly or indirectly) to life science-related firms in South Carolina. This $25.7 billion in economic output is associated with 87,773 total jobs and over $5.6 billion in labor income – and a sizable jump from the $11.4 billion impact in a late 2016 study.

The life science industry in South Carolina currently consists of approximately 30,731 employees across 1,033 firms. Employment is most concentrated within firms specializing in medical devices & equipment manufacturing and bioscience-related distribution. When the indirect and induced impact of the industry is considered, the life sciences industry here accounts for a staggering 87,773 jobs, researchers note.

Better still, the average direct job in the life science industry in South Carolina pays an annual total wage of $87,639, which represents a 79 percent premium over the average annual wage in South Carolina across all jobs ($48,942). And the industry supports a significant demand for high-wage, high-skilled jobs in various STEM fields (science, engineering, technology, mathematics, and related occupations). Approximately 26 percent of the life science industry statewide is driven by high-tech R&D, with another 33 percent in production-related activities, and the remaining 41 percent providing transportation and other support services.

Even the growth of the firm count is extraordinary, having grown from 402 firms counted in the Palmetto State in the 2016 study to 1,033 firms today in the rapidly expanding ecosystem. And life sciences impact the entire state, with a current presence of industry organizations in 42 of 46 state counties.

The research, led by Research Economist Joseph Von Nessen, further noted that industries grow over time, and those able to maximize the economic impact of their growth and add the most value to their local regions are typically those that focus on expanding their R&D subsectors. This bodes well for South Carolina life sciences because the high-tech R&D subsector is projected to be the fastest growing segment of life sciences over the next decade. This total anticipated growth rate of 18.4 percent exceeds projections for the broader life sciences sector and reveal significant potential for South Carolina life sciences – namely, the ability to capitalize on the projected economic growth trends that already signal strong demand for R&D.

“Life sciences is a major driver of South Carolina’s economy today, and this conference is testament to the industry’s surging impact, reach and rapidly rising economic significance in our state and country,” noted SCbio President and CEO James Chappell. “We’re honored by Governor McMaster’s personal support for the contributions that life sciences are making to improve quality of life, care and economic standing for South Carolina citizens.”