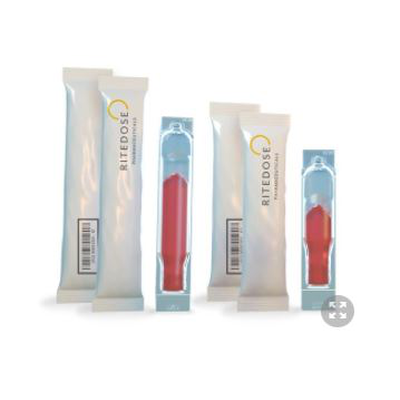 The Ritedose Corporation has announced the development of and plans to commercialize the first new way to dispense single-dose liquid medications in two decades.

After five years of R&D, the Columbia-based developer of blow-fill-seal unit dose technology is launching SuredoseRx™, an easier and more convenient way for healthcare workers to administer, and patients to take, single doses of liquid medications.

The single-unit doses will be individually wrapped and bar-coded for ease of use by hospitals and other clinical settings.

SuredoseRx will debut with three of the most-used liquid drugs in the first quarter of 2022, followed by rollouts of many others.

Historically, single-dose liquid medications have been supplied in small foil-lidded plastic cups where the seal must be manually pulled off.

In contrast, the Ritedose package is a small low-density polyethylene ampoule with a twist-off top that is designed not to spill. Medication comes out in force only when the ampoule is squeezed.  In the event the ampoule is dropped, the design allows for less spillage.

“This resolves problems of accidental spillage that many healthcare providers and patients have experienced with the old-style cups,” said Jody Chastain, CEO of The Ritedose Corporation. “We heard story after story of nurses and patients accidentally dropping the cups after opening them with some of the medication spilling. At that point, you have no way of knowing how much is remaining.  SuredoseRx is purposely designed to help prevent these problems, and we think it is a game-changer to make life easier for patients and those who care for them.”

The five years of research and development of SurdoseRx started in a hospital room where Chastain’s wife was being treated for cancer.

He watched as a nurse unsuccessfully struggled to pull the lid off a medication cup. She then cut the top open with scissors as a last resort.

“That one act immediately compromised the drug my wife was supposed to take,” Chastain said. “I asked the nurse to get another cup.”

Based upon that experience, Chastain initiated a research and development project that resulted in a revolutionary new design of a single-dose liquid medication dispensing device for a $93 million market nationwide.

“We take our job personally and we realize we don’t make drugs for faceless patients,” Chastain said. “This is a case where the experience of a family member resulted in a new product that will make the medication experience better and for everyone.”