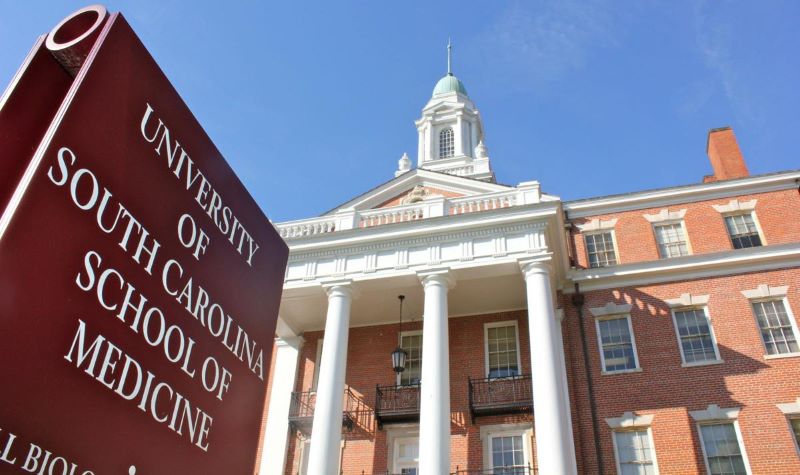 The University of South Carolina envisions a research focus on dementia and developmental disorders at its planned $300 million health sciences campus, set to open in 2027.

The state’s largest university system is hopeful these focus areas will differentiate the medical school from others in the Southeast and help to attract more students and talent to Columbia.

“I would say, when it comes to those two areas, we stand out,” said USC Vice President for Research Julius Fridriksson.

The medical school’s new home in downtown Columbia’s BullStreet District will launch with two structures — a 110,000-square-foot classroom building and a 165,000-square-foot research facility — being designed by the development firm Gilbane, which has been involved in seven other projects on campus since 2005. Long-term plans include the addition of a separate brain center.

Design work will take place throughout 2023 and 2024 with construction expected to start in 2025.

In a statement, the school said it expects the campus “to have a transformational impact on health science research and health care delivery in the state of South Carolina.”

The move to BullStreet will come as the USC School of Medicine’s lease with the Department of Veterans Affairs for its current Garners Ferry Road site ends in 2030.

The school has been on the VA campus since 1980. Its building, which dates to the 1930s, needs $75 million in improvements, and university officials believe the lack of space and modern facilities has held the school back as it competes with other regional schools, including the state’s much larger medical university in Charleston, the Medical University of South Carolina.

The educational building will be equipped with what Fridriksson called “cutting edge” simulators, much like what university President Michael Amiridis oversaw in facilities at the University of Illinois-Chicago during his tenure as the school’s chancellor.

“The latest and greatest and pedagogy is going to be incorporated into this building,” Fridriksson said. “We are going to look at new buildings from around the country and we’re gonna take the best of what they have and we’re going to adapt it to the needs that we have in our school of medicine.”

The research building will house both wet labs and data labs for the medical school’s data scientists.

It will also contain equipment that Fridriksson said is not currently available elsewhere in the state, including a 7-Tesla MRI scanner allowing microscopic views of brain tissue crucial to the school’s plans for dementia research.

Fridriksson said these investments also will expand research capabilities into areas not currently within the school’s grasp, like genetics and biomedical engineering.

“These buildings are going to be spectacular. I can’t wait for them to come online,” Fridriksson said. “This is the biggest construction project we’ve ever undertaken.”

“We are hoping that once we set these things up, in addition to taking care of clinical needs, we will attract the superstar scientists,” Fridriksson said. “We are hoping that, in the future, we can attract really high- powered researchers who will then become competitive for federal funding.”

The school is most closely modeling itself after programs at Georgia’s Emory University and its statewide Georgia Memory Net, which Fridriksson said draws a lot of South Carolinians unable to get care in state.

“Dementia care in South Carolina is really abysmal and, unfortunately, hospitals don’t make a lot of money to see people with dementia, but it’s a huge need,” Fridriksson said.

In South Carolina, more than 90,000 people live with Alzheimer’s or some other type of dementia, according to the Alzheimer’s Foundation of America and S.C. Department of Health and Environmental Control.

USC’s medical school will also shoot to become a federal Center of Excellence on autism care and other developmental disabilities.

“Right now there are huge waiting lists for these kinds of services, but we’re hoping to significantly cut that down, Fridriksson said.