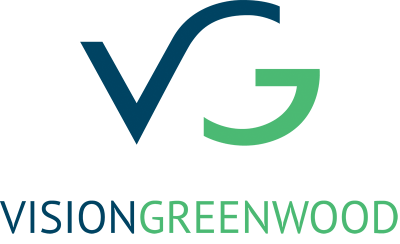 VisionGreenwood, an established community partner dedicated to making Greenwood the best place in which to live, work and raise a family, has signed a memorandum of understanding (MOU) with the state agency housing the Office of Broadband Coordinator (SC Broadband Office) to establish a pilot program that will pave the way for bringing high-speed internet to underserved areas of Greenwood County. VisionGreenwood is responsible for providing marketing and coordination for the crowdsourcing system campaign in Greenwood and for facilitating the pilot program.

The pilot program, which launched on December 15, 2021, will establish the viability of developing an analysis to aid in determining the best technology to provide affordable internet service in certain areas of Greenwood County that do not have access to broadband internet services exceeding 25 Mbps upload and 3 Mbps download speeds. The program will utilize crowdsource mapping methodology and analysis provided by GEO Partners, LLC, a consulting group which maps areas by telephonic, cable and broadband companies.

“The past two years have only highlighted the need for fast and affordable broadband to rural communities. The purpose of this new pilot program is to combine the technologies and best practices of the SC Broadband Office and information provided by VisionGreenwood to create a broadband platform that results in enhanced analytics and analytical processes to support potential future grant applications. The program will also allow us to keep an eye on the future,” said Kay Self, Executive Director for VisionGreenwood.

“Technologies like Augmented Reality/Virtual Reality (AR/VR), robotics, and artificial intelligence have grown exponentially over the past two years. As our society moves into Web 3.0 and these technologies merge to form the Metaverse, it is critical that Greenwood has access to the fastest speeds if we are going to thrive as a community in the economy of the very near future. Through our partnership with the South Carolina Broadband Office, what we are doing here in Greenwood is going to serve as a model for other rural communities across the state. Knowing that Greenwood will be the blueprint for the betterment of others makes this initiative extra exciting,” said Self.

The SC Broadband Office, which serves as the central broadband planning body for the state to encourage the continued development of access to broadband, will hold monthly status meetings with the project delivery team to discuss work performed, issues encountered, and work planned for the coming year.

“We are excited to work with VisionGreenwood and GEO Partners to encourage rapid broadband deployment in Greenwood County. Internet service is as essential as any other utility service such as water and power; quality internet service is a necessity for education, health care, and for those who work from home,” said Nanette S. Edwards, Executive Director, South Carolina Office of Regulatory Staff. “Under the leadership of Senator Garrett – and with the support of Kay Self and VisionGreenwood – Greenwood County is well positioned for universal broadband service.”

Early in 2021, VisionGreenwood established a dedicated Broadband Task Force to identify and seek solutions to Greenwood County’s 10 targeted areas of need. Real-time internet speed data is already being gathered from Greenwood residents through a speed test tool accessible from the VisionGreenwood website. The goal is to gather data in all areas of Greenwood County to pinpoint areas of the Greenwood community that are most in need of reliable, affordable access to broadband service.

“This local pilot program has so much potential to positively impact not only the Greenwood area, but also other parts of South Carolina,” said Paul Deming, CEO of Minnesota-based GEO Partners, LLC, which focuses on enabling cost-effective planning and deployment of broadband. “We are steadily making a difference in other regions too. GEO Partners is currently working with Minnesota, Washington, Maine, Kentucky, Nebraska, Nevada, Florida and Wisconsin, as well as the nationally designated Delta Regional Authority that covers parts of eight states along the Mississippi River.”